How
to Join Indian Navy after 12th for Female?

What
is the Procedure of Selection of Officers in the Navy?

Friends, we
are sharing about Join Indian Navy as an Officer (UPSC NDA/CDS, NCC, INET
2022 Recruitment Exams) details here. Working as an Officer in the
Indian Navy offers a chance to Defence aspirants to grow as a professional, by
learning new skills and acquiring unrivalled experience in the process of
applying those skills. The Navy Job provides professional challenges
along with security and a good Navy Salary Package. The Navy offers an
extraordinary range of exciting career opportunities together with the
chance to travel widely, meet new people and enjoy the warmth and camaraderie
that is so special to this Service in Indian Navy.

Indian Navy Officer’s
recruitment is advertised through Employment News and all important
national and regional newspapers/dailies. Selection for Permanent Commission
through NDA/NA cadet entry and CDSE (Graduate) entry is through a
written examination conducted by UPSC, followed by an interview by the Service
Selection Board (SSB). For all other Permanent Commission entries and Short
Service Commission entries there is no written examination.
Applicants are short-listed as per criteria laid down by the Naval
Headquarters, (Directorate of Manpower Planning & Recruitment). Selection
is through merit alone.

Guys, this
entry are controlled by UPSC with IHQ MoD (Army)/ADG (Recruiting) as
nodal agency. It consists of written examination conducted by the UPSC followed
by conduct of the SSB Interview, medical test by Indian Navy (Naval
candidates only) and final preparation of merit list by UPSC. The appointment
letter for NDA (Navy and Naval Academy) are issued by IHQ MoD (Army)/ADG
(Recruiting) and IHQ MoD/DMPR respectively. The training of Officers selected
through this entry, commences in the month of Jan/Jul every year. The
advertisement for this entry is published in Jun/Dec.

How
do you become an Officer in the Navy? The Tentative Examination Schedule of NDA
entry is as follows –

Guys, this
entry also consists of a written exam conducted by the UPSC, followed by the
conduct of the SSB Interview, Medical Test by Indian Navy (Naval candidates
only) and final preparation of merit list by UPSC. The appointment letter is
issued by IHQ MoD/DMPR. The training of officers selected through this entry
commences in the month of Jan/Jul and the advertisement is published in
Nov/Jul. The tentative examination schedule of CDS entry is as follows –

How to Join Indian Navy after 12th without NDA?

Friends, the
vacancies for Naval Wing Senior Div NCC ‘C’ certificate holders with B.E./B. Tech
Degree is published along with CDSE advertisements. No written test is
conducted for this entry. The eligible candidates are required to forward their
application directly to IHQ MoD (N)/ DMPR through DGNCC. The candidates are
deputed for an SSB interview. After qualifying SSB these candidates undergo a medical
examination and if found fit, is inducted into the Indian Navy on the basis
of All India Merit. The training of officers selected through this entry
normally commences in the month of Jan/Jul every year.

Check How to become a Flying Officer in Indian Air Force?

Aspirants who
are 12th Pass with 70% in PCM and 50% in English in 10th or 12th standard
can apply for IN Officers’ entry viz 10+2(B. Tech). W.e.f. Jan, JEE
(Mains) rank has been made compulsory to apply for 10+2 (B. Tech) entry. This
entry is opened twice a year for Spring Term & Autumn Term. NHQ prepares
and releases the advertisement in Employment News/Important Newspapers for
inviting applications 6-8 months prior to the commencement of the Navy
Course. Post receipt of applications, candidates are shortlisted for SSB
based on JEE (Main) – All India Rank (AIR) for BE/B Tech
curriculum. The validity of the JEE (Main) rank for applying for the scheme is
one year from the date of declaration of the JEE (Main) ranking by CBSE/NTA. On
completion of all SSBs, a merit list is prepared in respect of all SSB
qualified candidates and candidates are thereafter appointed in order of
merit based on no. of vacancies.

Guys, the
Direct entries are controlled by IHQ-MoD(Navy)/DMPR and cater for both
Permanent Commission (PC) and Short Service Commission. Advertisement calling
for applications from eligible unmarried candidates for such entries is
published in the leading newspapers and Employment News based on the
availability of vacancies. Post receipt of applications, preliminary scanning
of candidates is conducted at IHQ-MoD(Navy) for their professional ability in
respect of Musician and Sports entries. Successful candidates are
thereafter detailed for SSB interviews at Bangalore/Bhopal/ Coimbatore/
Vizag/Kolkata. The SSB qualified candidates undergo a medical examination and
if found fit, is inducted in the Indian Navy on the basis of All India Merit.
The training of these entries normally commences in the months of Jan and Jul.

Guys, Indian
Navy Entrance Test (INET) is the officers’ entry under the control of IHQ
MoD (Navy)/ DMPR and caters for both Permanent Commission (PC) and Short
Service Commission (SSC). The INET will be conducted twice a year. The selection
procedure is as follows –

What qualifications are required to become an Indian Navy?

How can I become Indian Navy Officer after Graduation?

Guys, the
candidates are assessed for various Officer Like Qualities at the Service
Selection Boards. The qualities include planning & organizing ability, social
adaptability, social effectiveness and dynamic ability.  The SSB is
conducted in two stages as under:- 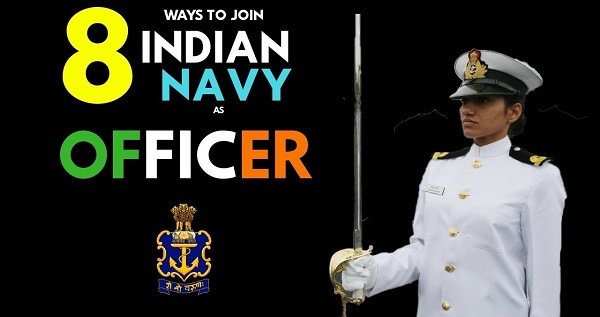 Join Indian Navy as an Officer and Sailor FAQ 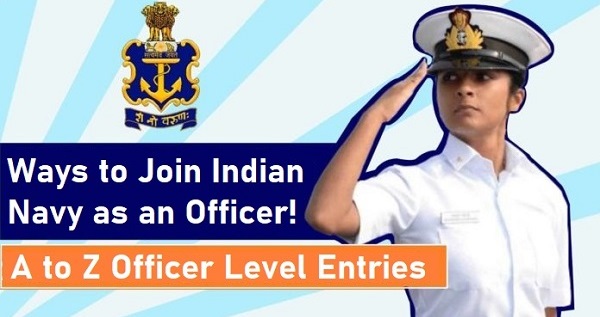 What
is the Procedure of Recruitment of Sailors in the Navy?

Guys, Recruitment
of Sailors in the Navy is application based and is carried out on the
All India Merit on the basis of a Written Examination, Physical Fitness Test
and Medical Examination. To make recruitment candidate friendly, the
recruitment schedule is designed to cater for enough preparation time for the
candidates and results are announced on the same day. Recruitment publicity is
carried out on all India bases through advertisements in all leading National
& Regional newspapers and Employment News. Publicity material is also dispatched
to a large number of schools / colleges and all Zilla Sainik Boards. The
local administration carries out the publicity drive in rural / backward areas
through local media.

There are
various entries, for recruitment of sailors, are as follows –

Women
Joining in the Navy FAQs